This autumn has very much been about all things avian, with Simon Smart, Jemma's Black Sheep colleague, farmland bird specialist and keen ornithologist, leading a farm walk on winter bird feeding, and then talking to us about nest boxes ..... 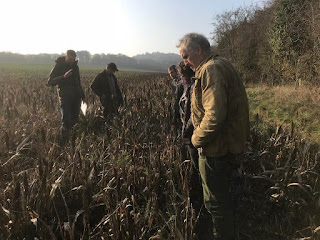 Seven members (and a toddler!) joined Jemma's colleague Simon Smart on Hougoumont Farm to find out more about establishing and managing tip top wild bird seed plots. The discussion covered all aspects, including how to decide on the size and location of plots; the value of different crops for different bird species; how to tweak standard mixes to attract particular target bird species; good establishment practice; and weed control, including in organic plots.

Simon also introduced the idea of supplementary feeding with specially formulated mixes of cereal grains plus high energy seeds like sunflower hearts, millet, and peanuts. Again, this covered the best mixes for target bird species, and also how best to deliver the seed to ensure maximum uptake by farmland birds rather than other birds (gamebirds, pigeons, etc.) and mammals (rodents, deer).

"Improved [my] understanding of wild bird plots, species choice and nutritional soil requirements. Feeding strategy was very interesting and something I think we will implement."

" I learnt about suitable seed beds and different seeds [as well as] how to attract different species of birds." 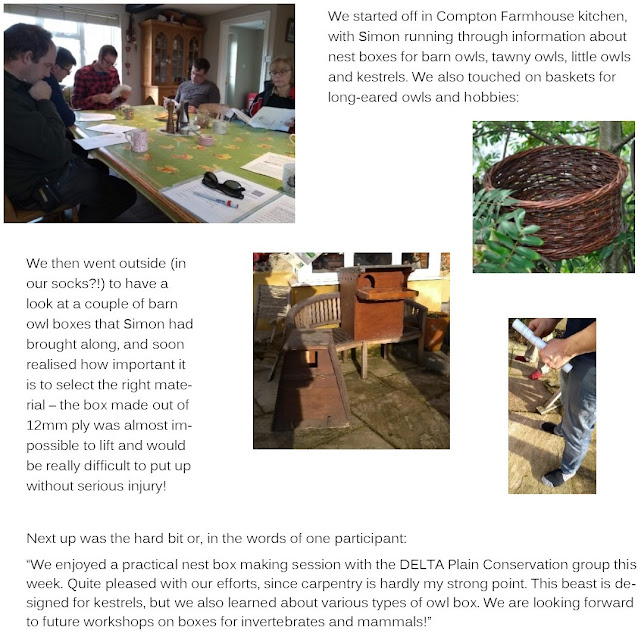 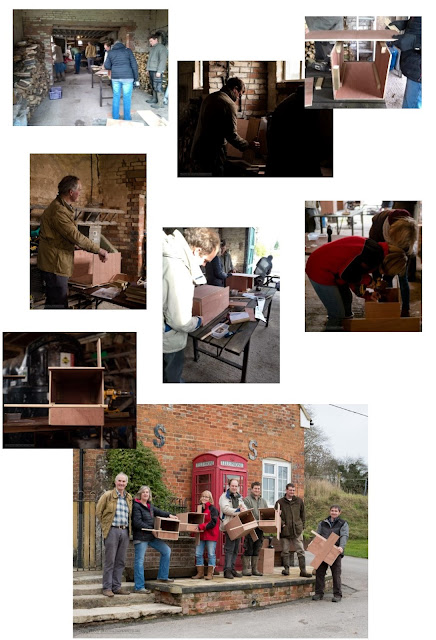 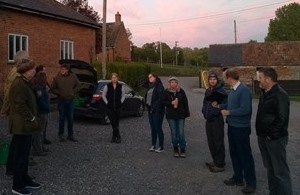 We walked from Compton Farm yard through the woods and down to the river using special sonar detectors to listen in on foraging bats. Gareth Harris of the Wiltshire Bat Group talked us through the habits of some of the 18 UK bat species and we were lucky enough to hear six of them, including four passes by a rare Barbastelle! Others flying about were Noctule bats around the trees, Daubenton's dipping for insects on the surface of the river, a single Serotine, and lots of both soprano and common pipistrelles.
It was agreed that Gareth be invited back to talk about bat corridors. 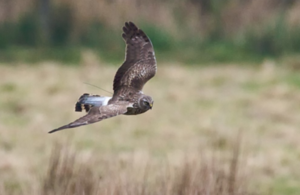 Flemming Ulf-Hansen gave us a comprehensive introduction to the habits and habitats of hen harriers, including some interesting information about how they move about the landscape, how they rear their young, and how they use aerial food passes during courtship.
We also found about about the plans to introduce young birds to Parsonage Down, and how the team there are preparing for their new residents.Click here to download the information sheet handed out at the meeting. 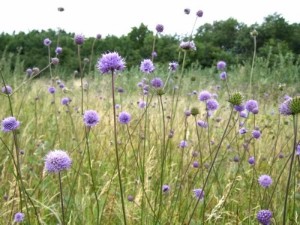 At the beginning of September we visited East Hill Farm to learn more about how to carry out wildflower surveys. We talked about different methods of recording baselines and changes over time, and spent a bit of time brushing up our ID skills.We also discussed optimum grazing management to encourage wildflower diversity, and looked at the difference in structure and diversity between areas where grazing is restricted to winter, and other areas that may be grazed throughout the year. It was agreed that it would be very useful to know more about the impact of grazing on diversity. 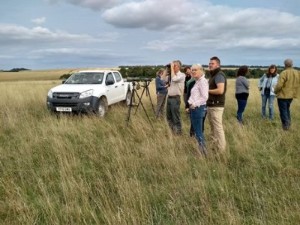 A group of us visited Normanton Down, by kind invitation of Rachel Hosier, to see a stone curlew winter roost and find out more about these elusive downland birds.RSPB officer Rob Blackler showed us how to spot the birds through high powered telescopes, a surprisingly difficult feat as they were so well camouflaged against the rough surface of the fallow plot.We learnt about the success of the Wessex stone curlew project and got lots of tips on the best way to manage plots, so all in all a very productive evening!
Posted by Jemma B at 12:31 No comments:

We had a really good evening last Thursday, when fifteen of us met on Hougoumont Farm for an introduction to Salisbury Plain wildflowers. We found lots of different species, some that are relatively widespread, some that are only found in unimproved habitats, and some that are restricted to calcareous (chalk and limestone) grassland. We also talked about the different ways of managing grassland to get better diversity, both structural and botanical, and even some of the more unusual plant names and what they mean! 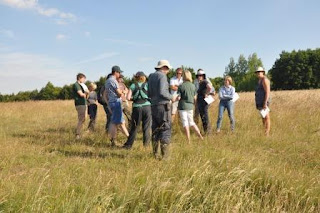 Everyone who came along received a Field Studies Council guide to calcareous grassland plants and it was very impressive both how many of the species listed we found on site, and also how quickly everyone picked up how to identify the various flowers. Those of you who weren't able to attend, you should get your copy of the guide through the post this week.

Here are just a few of the species we saw (thanks to Frankie Guy and Pete Rice for the photos): 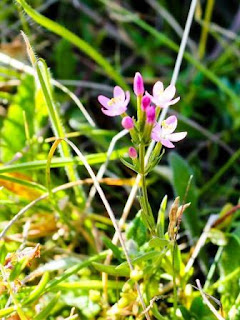 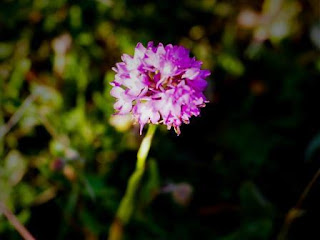 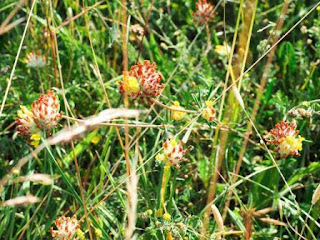 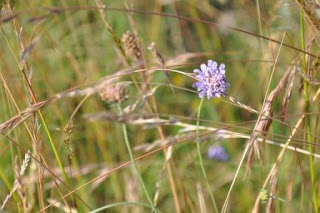 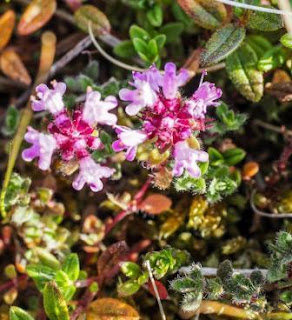 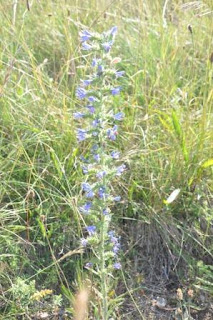 We were very disappointed not to see any devil's bit scabious so are planning another wildflower foray in September, when there should be plenty around. And as Henry Waight pointed out, don't be put off by the idea of a long walk - we moved about 20 yards last week and saw well over 20 different wildflower species, and didn't even start on the grasses! 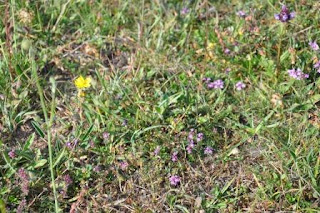